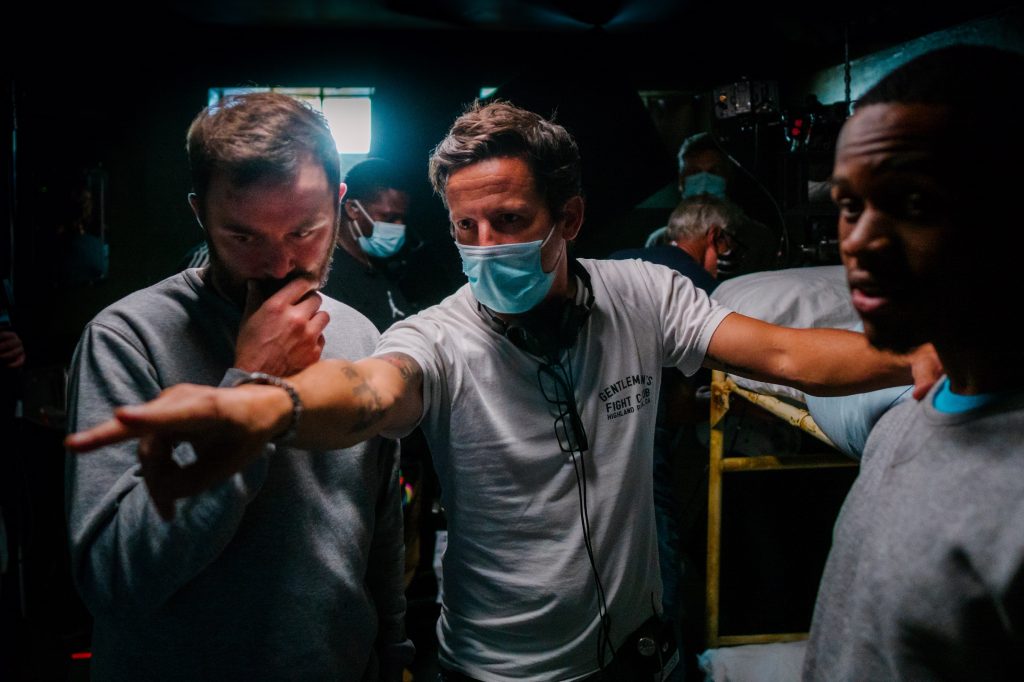 The upcoming prison movie – which will serve as ROSS MCCALL’s directorial debut – has officially finished production, after the cast and crew got together amid the coronavirus pandemic to get filming finished.

And Ross has said he’s “beyond delighted” to have wrapped the film, as he praised the “breathtaking” commitment shown by the crew.

He said in a statement: “Finishing up on any film, (most of the time), is bitter-sweet. Having just wrapped principle on ‘Ire’, I am beyond delighted. The crew that gave us their talents and time and daily commitment was breathtaking. To have such a team made the whole experience of my first feature as a director an incredible memory and I’ll be forever grateful. They say a film is only as good as those around you, and I’ll second that wholeheartedly.”

Ross also went into detail on the process the cast and crew went through to ensure the film set was COVID secure.

He added: “Getting a film off the ground during this period was one that we all agreed upon doing only if we had all of the safety measures in place. We were a contained crew, which obviously helped.

“Daily briefing before we rolled camera, temperature checks before anyone stepped foot on set, masks for every member of the crew at all times, actors with written consent of ability to work were all part of the normality we had to concede to.

“Film sets are usually busy, fun, temporarily microscopic places. A mini family for a short period. A close knit company for long days on end. I wondered how it would work. But it somehow did. People respected the rules now in place. People were mindful of cleanliness and hygiene. People kept their masks on throughout, even though there were many times you felt smothered.”

‘Ire’ tells the story of Steve Mackleson – a 50-year-old dangerous prisoner who is incarcerated for double murder in a maximum security prison – as he navigates his struggle against redemption.

The film was funded by Samahoma Media Advisors after they agreed funding for ‘Ire’ via Insight Media Fund, and stars Craig Fairbrass in the lead role.