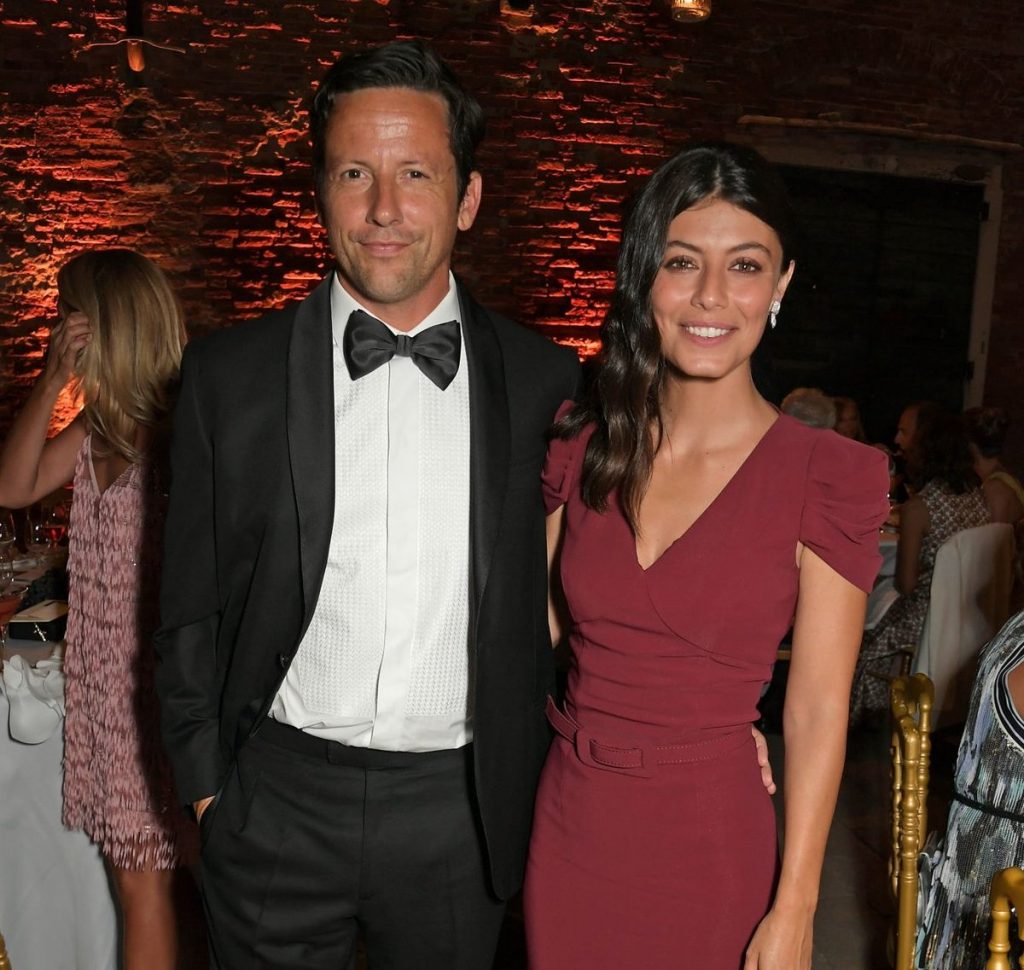 ROSS McCall got more than he bargained for when he decided to make a romantic movie in Rome — he fell head over heels for his stunning co-star.

But there is no chance of that happening on his latest project — because it is set in a tough London prison filled with screen hardmen.

It is a far cry from working with stunning actress Alessandra Mastronardi — best known for Netflix hit Master Of None and Woody Allen’s To Rome With Love — on award-winning indie romance About Us, which Ross also wrote and starred in.

The Scots actor, 44, who famously got Kiefer Sutherland and the cast of 24 to model Celtic shirts when he appeared on the blockbuster TV show, took a major change in direction when he went from writing romance to a gritty jail drama.

He then worked flat out to bring it to life and was delighted to be sat in the director’s chair as the new movie began filming in London two weeks ago.

He said: “A lot of actors lean towards directing and tend to do it organically, but Ire was a script I wrote just before we started shooting About Us. And the more I wrote, the more I realised, ‘I’d be a pain in the a**e if anyone else directs it’.

“I’m an actor first and foremost but writing has always been a second gig. I wrote and produced About Us — it’s completely different from Ire.

“My fiancée is Italian and we met on that film.

“It took us a while to start making moves but we got engaged last December.

“The film is a gorgeous little piece but the reaction has been phenomenal, and to have something lovely and personal come out of that as well is the icing on the cake.”

Ross — who was born in Port Glasgow, Renfrewshire — spent lockdown with Alessandra in the Italian capital planning their dream marriage for next year.

But despite working well on their first joint project, he was happy to leave her out of this new drama.

He said: “Yeah, we won’t do every job together, but she is super supportive of it.”

He is delighted to have brought together a talented cast. It includes Fairbrass — best known as Dirty Dan in EastEnders — and Flemying as well as rising star Stephen Odubola from Blue Story.

Multi-tasker Ross also takes on a role along with Mr Selfridge’s Zoe Tapper.

But despite the cast being full of hardman actors and the prison setting, Ross insists his movie is a million miles from the London crime genre.

It tells the tale of Steve Mackleson — who is jailed for a double murder.

He struggles against the system and inner turmoil before befriending a young black gang member and finding out he has a daughter who wants to meet him.

Ross said: “Even though the setting of our film is a prison, it’s not your typical London geezer prison film — that’s not what we are making.

“It’s a heartbreaking story of the inner workings of the prison system and I’d really like to explore what that system is. We’re shooting it in a very cinematic way so it looks like those old Francis Ford Coppola films. It’s such a dark and violent world we’re exploring, so I wanted to lighten that up and make it stunning to watch.”

Ross moved to London from Port Glasgow with his family when he was still at school although he has managed to keep strong links with Scotland.

He started out acting on the West End stage, then a role in legendary HBO series Band Of Brothers saw him crack Hollywood. He’s since appeared in hit shows such as Fear The Walking Dead, Lucifer, Castle and CSI NY.

He also famously dated I Know What You Did Last Summer star Jennifer Love Hewitt.

He has spent his career learning from the likes of Tom Hanks, Robert Zemeckis and Steven Spielberg and is determined to put that experience to good use. Ross filled the cast and crew on Ire with former colleagues and received backing from Samahoma Media Advisors.

“They’re big names and they had real style and panache.

“I brought in a team of people I’d worked with before — it’s a real high grade of cast and crew and they’re doing me a massive favour. I owe them so hopefully I’ll make something decent.

“They like what we’re trying to do and I’ve said from day one that if we do this right, it’ll really surprise a lot of people.”

After locking down in Rome with Alessandra, and seeing how badly other areas of Italy were hit by coronavirus, Ross takes health and safety on set very seriously.

The nature of the prison setting and a purpose-built studio set has made social distancing while filming possible, and they have strict testing, temperature checks and face-covering rules.

But that’s not stopped him loving every minute and he already has another dream project in the pipeline — but it’s staying under wraps for now.

Ross said: “I do have a Scottish project I’ll be keeping very, very secret.

“But at some point I’m going to have to find out whose door I’ve got to knock on to get the go-ahead and make some magic.”

Until then he’ll just be making sure he doesn’t fall in love with a life of crime.